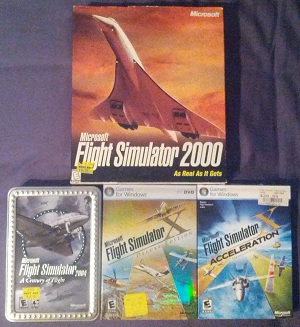 How goes it, Grayskullers?! It is once again time to delve into my closet and find what really makes my nerd heart pump. This time it is flight simulators, and more specifically Microsoft’s long running Flight Simulator series. Microsoft Flight Simulator 1.0 was released in 1982 and spawned 9 sequels culminating in Flight Simulator X released in 2006. Fascinated by my Grandfather’s service as a pilot in the Army Air Corp during WW2, I developed a love of aviation at an early age. I was first introduced to the series either with FS95 or FS98, but did not own a copy until Flight Simulator 2000 was released. I was finally able to take the controls and replicate what I saw at air shows and in film. I got down all of the basics in no time and was taking off and landing with style and grace. But it wasn’t until a couple years ago that I really dove head first into the deep end of learning many of the intricacies involved in flying a plane in real life such as navigation techniques and proper mechanical operation. Previously it had been just taking off and flying around for a bit then landing wherever happened to be closest. 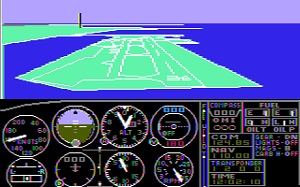 Now I can take an ultra realistic 737 from a cold & dark (completely shut off) state and complete a cross country flight using almost all the same controls and systems a real airline pilot would. Unfortunately, Microsoft Flight Simulator as a franchise has probably seen its final iteration. The internal studio that created them no longer exists and most of the intellectual property has been sold off. The X-Plane series of simulators is fairly popular and Lockheed released an improved and updated version of Flight Sim X known as Prepar3D for use in flight schools, but Microsoft’s involvement is probably dead forever. Fortunately the Microsoft Flight Sim community is still as big as ever, and many third party companies still create new content for FSX, such as the beautiful 777  from PMDG, the undisputed creme de la creme of add ons. Though my interest always begins to wain after several months, I always find myself returning to the skies somewhere down the road. Until next time, fly safe!

Above left: My collection of FS games. Above right: an image from Flight Sim 1.0. Below: Me flying past Mt. Rainier on my way from Seattle to Burbank on FSX. 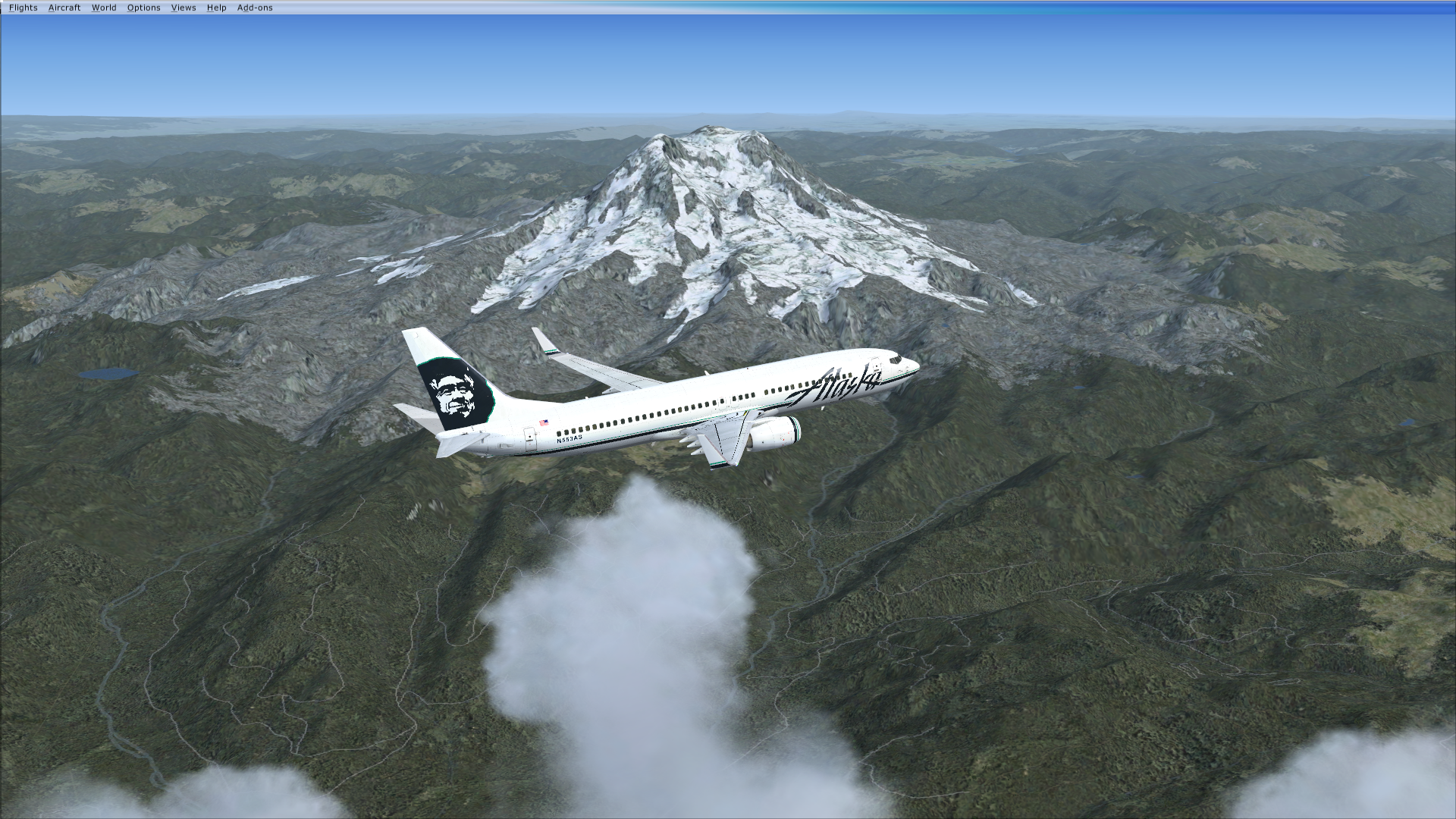